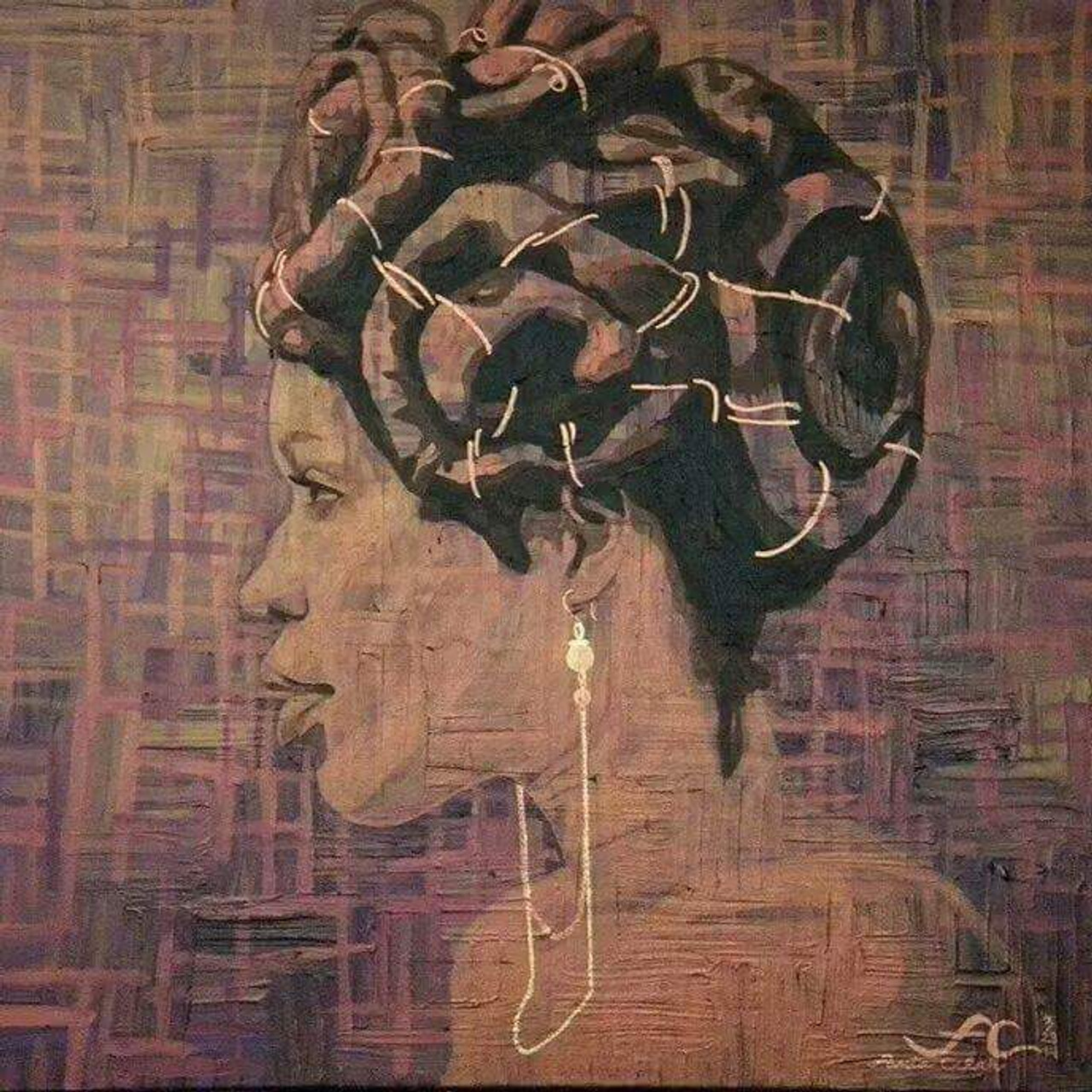 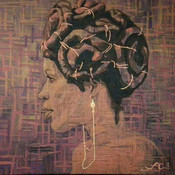 A Limited edition, signed print of an original painting by Fanta Celah.

'Paradigm Shift,' was created for an art feature in a Chicago newspaper, called 'Southside Weekly,' in 2014. Here is the article/description Fanta Celah wrote in regards to this painting..... (Of course, they printed a edited version, lol!)

"Human kind is living in parallel universes. Internal/external spectulations and generalizations could never define such a beautiful reality that exists beyond the mundane,  superficial reality. As broad, a topic, as it sounds, I'm using this metaphysical gateway to present the painting entitled, 'paradigm shift,' that personifies the cultural revolution that exists on the south side of Chicago.
An abyss of ancestral/spiritual awakening, a power house of wealth and artistic, authentic expression, I am proud to reside amongst such Divine collective consciousness.  The poetic, musical, jazzy, neo-soul-esque, yuroba-ffic, health consciously, entrepreneurial, coutur-ical (fashionable,) indigenous genius is almost unfathomable.
Our african presence is so bountiful that the media doesn't want the world to know that we exist. Of course their are a few like minds that rise beyond the surface,  but more often than not,  it is assumed that our kind is from African, or some tropical country. The truth is, all humanity has a common origin,  and through self knowledge and research, you come to find that ancestors even had a presence here, in the Americas, centuries ago. But if only the world knew that in communities like this,  'super-human' potential has been realized and personified, the world would be a better place. If only the media gave the people a chance to choose their fate I instead of brain washing them into oblivion. "
-Southside Weekly, march 20, 2014    http://southsideweekly.com/a-print-gallery/

No reviews.
Leave a Review