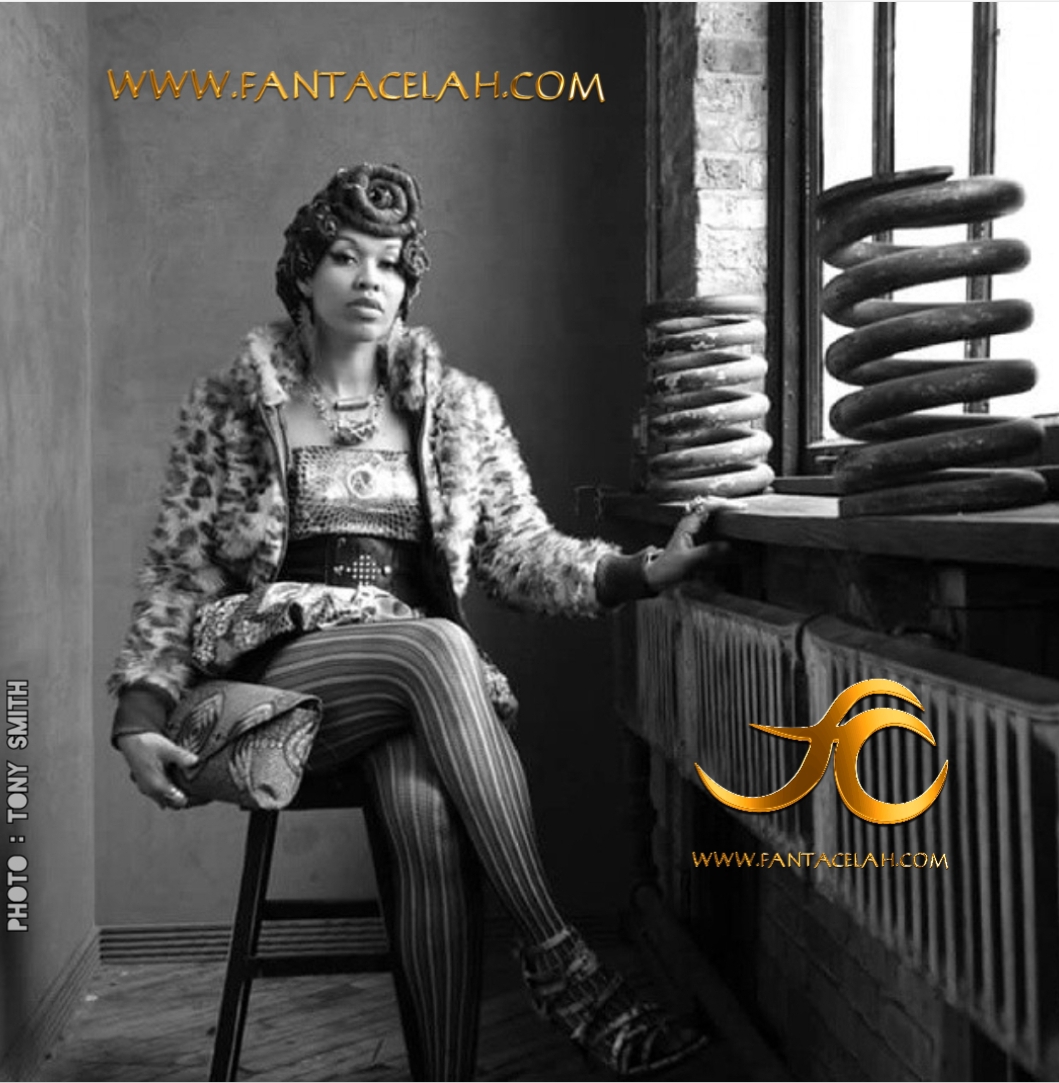 FANTA CELAH is a world renowned fine artist, jazz vocalist, natural hair model, jewelry designer, celebrity stylist, and bestower of the unforgettable coiled hairstyle, the "Cosmic Crown."
She designs crystal jewelry for the likes of Willow Smith, Les Nubians, Jamila Woods, India Irie, Gaopele, and Ilyasa Shabazz (Malcolm X's daughter,) to name a few.  She has single handedly sold 100’s of thousands of pieces jewelry around the world and across the US. Fanta has been featured in Vogue, Essence, New York Magazine, & New York times online magazines, due to her ornate hairstyle and her fashion sense.
In 2015, the Fanta Celah brand was featured in the Ebony Fashion Fair's 50th anniversary fashion show.  In 2013, she launched a jewelry store in Addis Ababa , Ethiopia, called ‘Hilu Fanta Celah.’  Upon her first visit to Ghana, that same year,  She was featured on the Diva show on TV3 in Accra & Voxafrica channel in the UK. In 2016, She was interviewed by Rolling Out Magazine in an article , entitled "The Cosmic Artist." For the last few years. In Chicago, Fanta Celah has often been seen on ABC and NBC correspondents, in relation to African fashion & her rare beauty.
Fanta has been a working artist for 21 years (she sold her first commissioned portrait at the age of 16.) She has had art exhibitions in London, Dakar, Senegal, New York, Chicago, and Miami Art Basel. Her work is on permanent display in the African Union and the National Museum of Ethiopia. And some of her art collectors include Roland Martin, Erykah Badu, and Common.
An Artist is an artist 360 degrees, everything they touch turns to gold. Ms. Celah studied and performed with world renowned Musician Phil Cohran, as a jazz vocalist, for 8 years. She has enjoyed sharing her ancestral henna tattoos for the past 19 years. Fanta has been a reiki energy healer of 15 years , and her real goal is to heal the world through all of her artistic expressions.
In 2017, Fanta was featured in a short film, “Love Letter to the  Ancestors,” where she played a kemetic (nubian) warrior princess. Written & directed by award winning author and filmmaker, Ytasha Womack, it was shown in film festivals around the world.